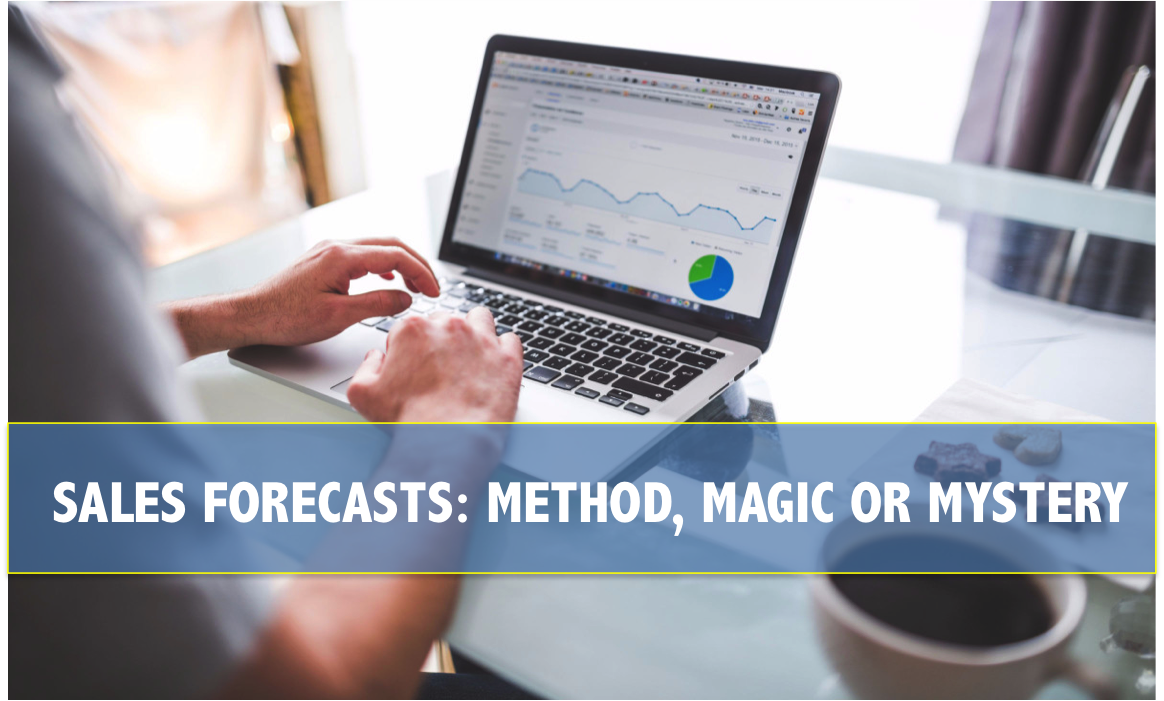 If you are asked to forecast the number of sales you’ll close or the amount of sales revenue you’ll generate in the coming month, could you come up with a meaningful answer? Meaningful in that it’s based on something more concrete than wishing and hoping? Most salespeople, if they are being honest, would answer “no.”

The challenge (and potential roadblock) to accurately forecasting sales begins the moment you put a prospect in your pipeline. And, the longer the prospect remains in the pipeline, the more difficult the challenge becomes.

Some salespeople, yielding perhaps to a sales manager’s pressure to “sell, sell, sell,” have altered their strategy of only allowing “qualified” prospects into the sales pipeline to one of allowing almost anyone into the pipeline. If an alleged prospect—a suspect—expresses an interest, he is admitted.

While some suspects (usually very few) graduate to the level of prospect, the others clog the pipeline. They divert the salesperson’s time and energy needed to keep the pipeline flowing. Many salespeople have painfully discovered that they waste more time chasing and “following up” with suspects who don’t buy than they invest with prospects who do become customers.

If you’ve allowed prospects of dubious value into your pipeline, now is the time to clean them out. Start with the prospects with whom you’ve invested significant time, but have advanced very little through the process. You know who they are—they continually request more information, especially pricing information. They make vague promises but make no real commitments. Contact them and state your assessment of the situation. It might sound like:

“John, as I’m sure you’re aware, we’ve been discussing the opportunity to work together for a few months. We’ve had several conversations and I’ve provided you with significant information and yet, we’re no farther along than we were a month ago. My sense is that if we were going to do business, we’d be doing so already. I’m wondering what specifically has to happen so we’re not having this conversation again 30 or 60 days from now. If you’ve changed your mind about working together or you’re not in a position to make a commitment to move forward at this time, it’s OK to tell me that. I’ll understand.”

Your polite, yet assertive, message lets the prospect know that stringing you along—intentionally or otherwise—is no longer an accepted strategy. If the prospect is unable or unwilling to make a commitment to move forward, then it’s over. You can remove the “opportunity” from the pipeline. Put it on the back burner. Record it in your tickler file. File it away wherever you need to file it, but don’t invest any more time making “follow up” calls and providing additional information. Instead, invest that time uncovering a replacement prospect.

Once you unclog your pipeline, only allow those prospects who have an identifiable (and reasonable) timeline for buying to enter it; only allow those from whom you have received a commitment to move forward to remain in it. Then, forecasting is no longer a mystery, but rather a realistic process of plotting timelines on the calendar.