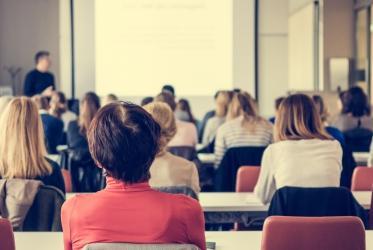 The ears have to hear what the mouth is going to say. I believe roleplay is one of the most important things that you could do as a sales leader. Why? It makes you strong, but it also creates muscle memory for your team. Here's what happens when we don't role play. We tell people what to change in their sales process. "Hey, you should say this, say this, do this." Salespeople nod, "Absolutely boss. That's what makes you in charge." And you think it's going to happen. Only to find out if you've witnessed the call or in your debrief later, that what you told them to say and they agreed to say, never happened. Why? Human psychology got in the way.

Human psychology says when under pressure, people will revert back to what they're accustomed to doing. You've got to use that to your advantage. Under pressure, people revert back to what they're accustomed to doing. You need to help them create a new reality. Remember, we've got to make sure that people when they're under pressure revert back to this new way of doing things. People remember 20% of what you say as a sales leader. They remember 30% of what they see, but they remember 90%, 90% of what they say and do. So, role play allows them to say and do something new. So, here are the things that we want to learn here today.

Number one, you should be role-playing as a sales leader three to four times a day, easy. It doesn't take a long time. Roleplay should take under three to five minutes. Never do a one-hour role play. It's not realistic, and no one can remember it. So, you should be role-playing. If you don't feel competent enough to role play in certain areas, get others to do it for you. Why? Because adults learn by imitation and illustration. Your sales people, if they're not doing something right, need to see how to do it right. Telling them that it's not right isn't going to solve the issue. That's why if their kids play soccer if they show them how to dribble. They don't say, "Oh, go dribble. Figure it out." No, they show them because adults learn by watching others and mimicking them.

We've been roleplaying with our kids for years on how to cook, how to be good parents, how to do this. That's just how it works. So, use human psychology to your advantage. You should be role-playing. Pick the top 10 things that you should role play to make sure that your team is 100% successful and role play in small chunks. Now, here's the other things. Here are the steps to role play that will make it far more productive for you.

You, as a sales leader, play salesperson. Don't force your sales person to play salesperson. If they could do it, you wouldn't be role-playing. So, if you just watched something that was horrific don't say, "Let's see that again because that was terrible." What do you think is going to happen? Do you think they're going to all of a sudden be great? No. So, here's what you do. "Mary, I liked a lot of different parts of your call. I noticed that you didn't set up a good agenda. Would you agree?" "Yes." "Okay. So, do you mind if I show you how I would have done that? Now, you play customer Mary; I'll play you." Now I jump into what I would like them to have done, what they could see it. Now, they're watching me, they're listening to me, and she gets to play customer.

Here's the second thing that I want you to do. Let them edit it. Let them own it. Here's what it sounds like. "So, Mary, you got to play customer. How do you think the customer would have felt?" "I think they would have felt fine." Which is great. Now if she said, "Well they wouldn't have felt fine." I said, "Okay. I don't want that because I want you to use it, what would we have to change for it to feel fine?" And I'll get that, and I'll say, "I'll incorporate them into my next try. "But Mary, our personalities are different so, would you have changed anything else?" And, whatever she says I'll agree to, and now she owns it. I'll say, "Well Mary, based on your suggestions let me try it one more time." And I do it the way she said it. I've also now shown her what? That, the words don't matter. Though, I'm going to change my words to match that because I also want it to be Mary's so then Mary will have the competence and conviction that this works.

Here's the last stage, "Mary why don't you do that to me now." Now you have to know as a sales leader, is Mary's roleplay going to be perfect the first time? No, because she hasn't don't it before, but by the third or fourth time, she's a machine. She will use that when she's in front of a customer. Again, why? Because under pressure people revert back to what they're accustomed to doing. Accustom went from not doing it right to practicing, and now she's comfortable, and she's comfortable because she's practiced in a low-risk situation.

Role play is the fasted way to increase the skill level of your team. It's the fastest way to help newer people or people who are struggling in different parts of their business become experts overnight. I spent years, and years, and years role-playing. I roleplayed all the different scenarios. I roleplayed, here are the top 10 objections, how would I say it. With your roleplay, it's like batting cage. It's like batting practice. It's like a golfing range. It's like a putting screen. Practice, practice, practice.

I've always said, practice prevents poor performance. And that's what this does. Salespeople on their own probably won't roleplay, but your job as a sales leader is to create the environment where they feel comfortable, and they change the way they go about doing business. Good luck.

David Mattson is the CEO and President of Sandler Training, an international training and consulting organization headquartered in the North America. Since 1986, he has been a trainer and business consultant for management, sales, interpersonal communication, corporate team building and strategic planning throughout the United States and Europe.

David is the author of the Wall Street Journal bestsellers, The Sandler Rules: 49 Timeless Selling Principles and How to Apply Them and Sandler Success Principles: 11 Insights that will change the way you think and sell. He regularly authors articles for business publications and continues to be involved in the ongoing creation and development of new Sandler training products and programs.
Share this article:

Sales Pros Have to Practice, Too